The end of another month brings another roundup of books! Today’s post, the books I read in March 2020, includes five very different books; all of which I pretty much enjoyed. I read an international espionage crime thriller about Russian influence on the West, a fast-paced read by Lauren Graham on her life in Hollywood (including lots of wonderful Gilmore Girls memories), a spellbinding novel on migrants escaping drug cartel violence to cross the Mexican American boarder, a searing memoir about the horror of growing up under Warren Jeffs in the FLDS cult, and a fun read on an alternative reality about what life could look like if we put too much emphasis on fame, followers, and devices.

I told you the books were all very different! There is a book for everyone! The books in the photos below are a few on my nightstand for future monthly book roundups. Enjoy book worms and please do share any of your recent must-reads!

The Other Woman by Daniel Silva

Daniel Silva is one of my most favorite authors. He writes the smartest, sharpest international espionage crime thrillers that can be classified as historical fiction mixed with topics from present day international affairs. He releases a book every summer, which I usually read right away. However, I somehow didn’t realize that I was behind two books! This book, The Other Woman, was his summer 2018 release. I absolutely loved it! A few of his more recent books have centered around turmoil in the Middle East but this book was about Russian influence on the West. It is mostly set in present day but there is a historical fiction part about past Soviet Union influence. I’m fascinated by 20th Century history so I was really captivated by the whole concept of Soviet/Russian influence on the West throughout history. The story is about Russia’s “best kept secret,” a mole planted into the heart of a major Western intelligencer service. The mole isn’t an ordinary mole either; rather, the mole has a great past and lineage seeped in deception. Gabriel Allon, the chief of Isreal’s secret intelligence service, is a man on a mission to uncover the truth and prove that the new Russia is hellbent on disrupting the post-war world order. Such a great read! Grade: A.

This book is just good old fashion fun! Actress Lauren Graham of Gilmore Girls and Parenthood fame wrote this book as a reflection on her life growing up with an unusual childhood, working in film as a woman, behind-the-scenes stories from her beloved shows’ sets, dating in Hollywood, and more. I love Lauren Graham so much and adore her fast-talking character Lorelai Gilmore more than most personalities from tv so I really enjoyed this book. Instead of reading it in the traditional sense, I listened to the audiobook version because Lauren Graham reads it. She’s fantastic so listening to her ramble out her own words was a treat! Grade: A-.

Wow, I thought this book was pretty incredible! It has been very controversial but I wanted to read the book for myself before blindly passing judgement on it. I thought the story was tremendous. The book is about Lydia Quixano Pérez, a bookstore owner who lives in Acapulco, Mexico. Lydia, her journalist husband, and son Luca are Mexicans who love their life in the seaside city. They grow nervous and weary of the influx of drug cartel activity in Acapulco but their lives continue ahead largely unchanged until one fateful day. One day, a man wanders into Lydia’s bookstore and buys a few of Lydia’s all time favorite books. The charming man’s name is Javier but Lydia has no idea that he is the jefe of the new drug cartel that recently took over Acapulco in a gruesome way. Lydia’s talented journalist husband pens a tell-all reveal of Javier in the newspaper, which changes the lives of Lydia’s family and Javier’s family forever. Lydia and her son Luca are forced to flee and instantly leave behind their comfortable middle class life to become migrants who will stop at nothing to stay alive, stay undercover, and safely make it into the United States. Along the way, Lydia and Luca meets friendly and not so friendly (as well as evil) people while they move from town to town by foot and by train. Everyone it seems is running from some form of evil in search of a better life. I gasped over and over again while reading this book. I cried multiple times throughout the book. I was incredibly struck by the characters and the strength of the human spirit that author Jeanine Cummins so poignantly portrays. I would absolutely recommend this book and so would Oprah, ha! It was one of her book picks and although she was pressured to remove it from her book club list due to the controversy, she stood her ground and kept the book on her list. Grade: A.

Breaking Free: How I Escaped Polygamy, the FLDS Cult, and My Father, Warren Jeffs by Rachel Jeffs

Mentally and emotionally prepare yourself before reading this book. It is a revealing look at how unbelievable life was/is as a multiple wife under polygamy in the FLDS cult led by Warren Jeffs. I found this memoir extremely difficult to read. In fact, a few times throughout the book, I felt sick and almost put it down. What kept me reading was my want to read about how the author, Rachel Jeffs, escaped and started a new life. I held out for the glimmer of hope and positivity. Rachel lived a nightmare that was marked by child sexual and emotional abuse, struggles as a multiple wife under polygamy, depression around her children being held from her within the cult, having to live in hiding due to her father’s criminal activities, and more. Rachel’s father, Warren Jeffs is currently serving life + 20 years in prison (thank the Lord!). If you are interested in the FLDS church or in cults and cult behavior, then you’ll probably find this searing memoir interesting. Just be aware that it isn’t a light read. Grade: B-.

This was a fun read about a scary alternate reality. The novel is about two unlikely friends Orla, an aspiring author, and Floss, an aspiring celebrity. The story follows Orla and Floss in New York City 2015 as well as a reality tv star, Marlow, in 2050. Orla and Floss create a not-so-far-fetched plan to land them both fame that turns out to spiral out of their control. However, they have the followers to “prove” their value. Marlow lives in a closed California town where everyone is a government-selected celebrity who lives their lives on camera thanks to implanted devices, lucrative sponsorships, and an all encompassing tv network. Marlow dreams of escaping her controlled life in favor of freedom and a quiet, authentic life but doesn’t have the courage until she discovers one hell of a lie about her family. The three women wind through time until they find each other and their connections are made. This book had some plot twists that definitely kept it interesting and it was, overall, a fun + fast read. The story is definitely a dark take on how life can get out of control if we put all our focus online, on follower counts, and on celebrityhood. I’d recommend this book as a great plane or beach read! Grade: B+.

Get the books I read this month:

How To Stay Positive When Things Go Wrong 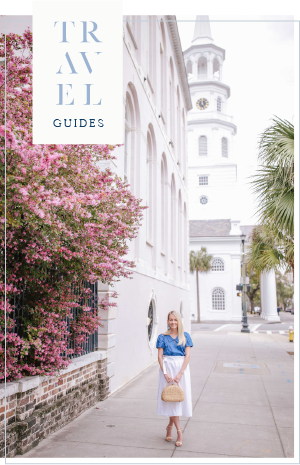